Today marked our first official day of the Midwest Crop Tour! Our day got off to an early start this morning at 7am. We headed out from the hotel to the Cellar market cafeteria in the Chicago Board of Trade. We were treated with a buffet breakfast compliments of chef Adrian. Once finished we were taken on a tour of the trading floor by Matt King, Vice President of Archer Daniels Midland (ADM), and Steve Freed, Vice President of Research at ADM. The tour covered a variety of topics including open outcry trading, electronic trading, global market volatility, and future market trends. From there we travelled to the Cargill elevator in Spring Valley Illinois where we learned about commodity trading on a local scale through the river transportation system. At the elevator, we lucked out and were treated to a delicious BBQ and got the chance to enjoy a flying fish show. The flying fish were Asian Carp, an invasive species that has come to overpopulate the Illinois River. Asian Carp are sensitive to water vibrations and begin to jump around when they sense it. Tugboat operator ‘Boomer’ gave us a lasting memory of all the fish jumping out of the water by driving back and forth close to the elevator to excite the fish. Overall these tours explored how market volatility acts and reacts extremely fast on a local and global scale. 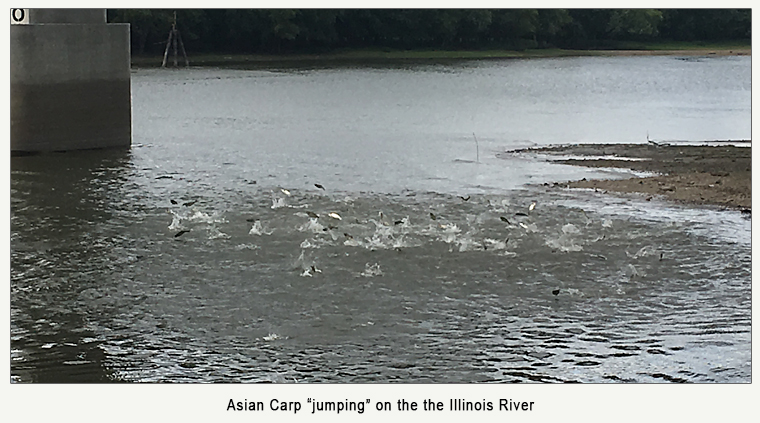 Chicago Board of Trade: A global trading perspective

At the historic Chicago Board of Trade there was discussion surrounding types of brokers, options and futures trading, and current market trends. There are two main types of brokers that engage in trading futures and options with one type being filling brokers and the other type being speculators. Filling brokers constitute approximately 25% of the brokers and get paid based on executing orders from clearing firms and the other being speculators which engage in trading for themselves ideally earning a profit. Futures contracts involve buying or selling at a specific price on a predetermined date. Options contracts involve giving the right to an investor buying or selling at a specific price, but with no obligation to fulfill the contract. In recent years the Chicago Board of Trade has transitioned from in-person transactions to an electronic system. This has changed the nature of the trading floor as there are less employees in the trading pits because of the transition to electronic transactions. Due to these changes there have been several fluctuations in market trends globally. 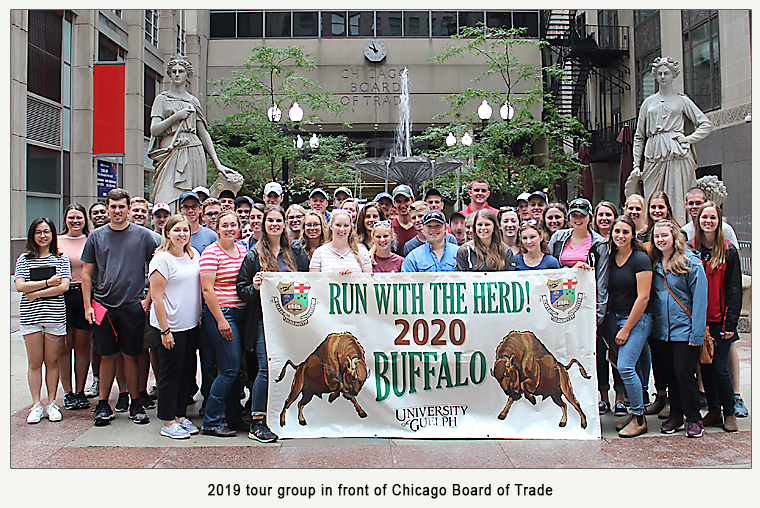 Market fluctuations are influenced by many different factors. Market volatility used to be predetermined by North American weather patterns, and local demand. Nowadays, market changes involve many co-factors such as; global weather patterns, the price of crude oil, currency exchange, geo-political relationships, and President Trump's twitter account. Steve Freed went on to explain some of the current market trends and issues involving crops and livestock trading. One market reality we learned from Steve was that the price of wheat is largely set by the Russian wheat production and export. Another point he mentioned, is that poor crop conditions in other countries can result in rallied markets for North American crops, an example being the 2018 struggle Brazil had with soybean production and the positive outcome that had on the North American soybean market. Steve also touched on the importance of global relationships and how much influence they have on market trends and prices. For instance, the current trade war with China has had a negative impact on several American commodities and has dramatically decreased the export market for soybeans in particular. Even without the Chinese trade dispute China’s demand for soybeans has decreased dramatically as African Swine Fever has decimated the Chinese pork industry killing millions of hogs. Steve believes that there will be no imminent trade deal with China until the upcoming American election is over, therefore the commodity markets will continue to be volatile.

The next stop was the Cargill elevator in Spring Valley, Illinois. Here they buy and sell mainly corn and soybeans using a river transportation system. The commodity is bought from the farmer and transported to the Gulf of Mexico for export. The elevator has the capacity to store 1.3 million bushels of grain, and load a barge at a speed of 40,000 bushels/hr. To give you an idea of the efficiency of river transport, one barge carries approximately 58 large semi loads or 15 jumbo hopper railroad cars. At full capacity, one towboat can pull a pod of 15 barges which equates to 870 semi-truck loads. At this quantity, transport efficiency is better and more cost effective than shipping by rail or truck. Once grain is loaded at the Cargill terminal elevator, it embarks on a journey that takes it across the world. A loaded barge will leave Cargill and travel down the Illinois river, through the Mississippi river and eventually into the Gulf of Mexico. This process typically takes anywhere from two to three weeks, however that depends on the traffic at the locks, as well as the weather and water levels. From the Gulf of Mexico, the grain is loaded into crates and shipped across the ocean to places in the middle east as well as Japan. The empty barge in the Gulf is usually reloaded with things like scrap metal, fertilizer, sand, salt, or coal, and then is shipped back up river to be delivered. This trip again takes around two to three weeks. From there, the process starts all over again.

The Cargill elevator deals with both GMO and non-GMO commodities. The storage of the products is crucial, as one kernel can contaminate a non-GMO shipment. If this happens, the shipment is sold as GMO, without the premium. Cargill must make sure to handle non-GMO grain with care to make sure that the quality standard is withheld. In Spring Valley, they consistently use one storage bin to store the non-GMO grain to ensure quality standards are met. They also carefully flush out their entire operating system before any non-GMO grain hits the barge. Cargill mainly deals and exports GMO grain, however the export market for non-GMO grain has increased, causing them to handle more. Japan for example, has become a large importer of non-GMO corn due to the widespread fear and unacceptance of GMOs. Imported non-GMO corn is used for food but mainly animal feed in Japan. Although non-GMO export markets are good, the domestic market for non-GMO is very small. In the future, marketing and food labelling will play a big role in the domestic non-GMO market. 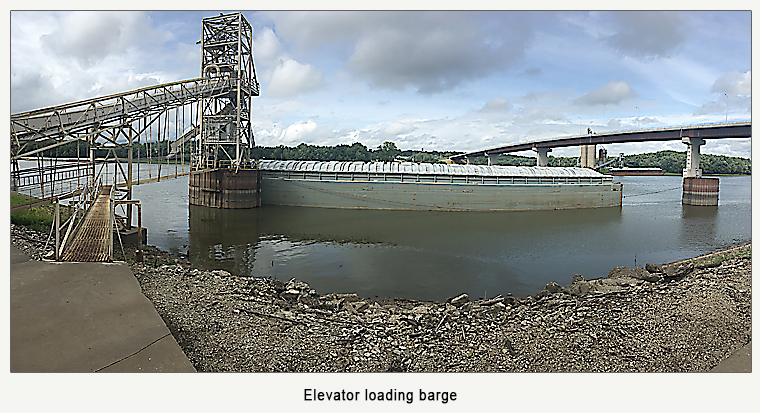 When comparing the two tours, a few key points became clear. One key point was the fact that decisions made on a small scale can have a dramatic impact on global trading. For instance, the number of acres a farmer plants can determine prices on a global scale and cause changes in demand. This year was a huge setback for many farmers with a wet spring and ongoing trade wars. Many farmers were not able to plant the acres that they typically would or as early as usual which would impact yields at harvest. This translates to market prices and gaps in the market for instance with the USDA report which some farmers believe overestimated the actual number of acres planted. Another point is how electronic systems have changed the way agricultural trading occurs. At the Chicago Board of Trade the system for trading has completely changed with an electronic system taking over much of the futures trading. The same can be said for the Spring Valley Elevator as their method of tracking and loading shipments has also been aided by an electronic system. With easier access to information via the internet and other sources this has created a more reactive global trading platform and has influenced the outcomes of trade agreements. It was found that with easier access to information and a volatile marketplace there will be many changes in agriculture in the near future.

Overall it was a great day of learning had by all!