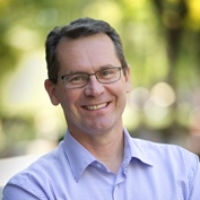 Legendary soybean breeder Istvan Rajcan knows how to give the seed industry what it wants. His business savvy is one reason he’s the recipient of the 2022 Plant Breeding and Genetics Award. (Watch video)

His list of accomplishments is extensive — 103 publications in refereed journals. Sixty-nine soybean varieties including OAC Kent, which won the Seed of the Year Award in 2008.

Istvan Rajcan is a giant among soybean breeders, to say the least. It’s why the professor of soybean genetics and breeding in the Department of Plant Agriculture at the University of Guelph is the recipient of the Plant Breeding and Genetics Award for 2022.

Sponsored by Seeds Canada and Germination, the award is presented annually to a public or private sector researcher who has made a significant contribution to the advancement of Canadian plant agriculture through research in plant breeding and genetics.

Rajcan joined the faculty at the University of Guelph in 1998. His germplasm is now present in a large percentage of commercially successful soybean varieties grown in Eastern Canada. His products have also been grown beyond Ontario in Quebec, Manitoba and Eastern Europe. They’ve also gained major recognition with soybean end users throughout Europe and Asia.

During his time with the University of Guelph, Rajcan has been a mentor to many graduate students and several plant breeders who are now active in the industry.

“Istvan has had an incredible impact on soybean breeding and genetics in Canada and worldwide through developing new germplasm and training a new generation of breeders, along with his innovations in plant breeding education and methodology,” says Rajcan’s friend and fellow professor Milad Eskandari.

He’s also trained 48 graduate students and has become an icon of guidance and leadership for them. Many of those students currently lead successful plant breeding programs in private companies like Bayer and Corteva Agriscience, and also public institutions like the University of Guelph and the Vineland Research and Innovation Centre.

“Most of my graduate students end up working for private industry, because there’s more jobs there than in the public sector. It’s important for them now to have skills in data management and analysis, genomics and high-throughput phenotyping, which will help make breeding decisions more easily and efficiently. That’s the biggest change I’ve seen in all my decades doing this job,” he says.

“When I first started almost 30 years ago, as long as you had a good background in genetics and breeding methods, theory and practice of plant breeding, you could be a successful plant breeder. That’s no longer the case.”

His favourite soybean variety that he’s bred? OAC Wallace. The conventional soybean has had a big impact in Ontario and beyond. It’s named after former Guelph professor Wallace “Wally” Beversdorf, whose highly successful OAC Bayfield is in the pedigree of Rajcan’s own varieties.

Being a savvy businessperson in addition to a breeder has been key to his success — a piece of advice he learned many years ago from a Croatian plant breeder, the late Vladimir Puskaric, who was a maize breeder with Pioneer Hi-bred in Woodstock, Ont.

“Before we invest our time in developing a cultivar, we need to know who the customer is, and what they want. I have to constantly keep reminding seed companies that if they come up with a new trait they want in a soybean cultivar, the timeline is eight to 10 years. They can’t expect us to have that trait in our high yielding cultivars within a couple of years. That would be great, but it’s not possible,” Rajcan says.

“This germplasm has yielded varieties with leading market share and has also served as a genetic resource for many other public and private breeding programs to use in their research and crosses,” Reid says.

Rajcan says successfully implementing double haploid technology is the next frontier in soybean development to help speed up the breeding process, and has great hopes for the potential benefits of gene editing in the future.